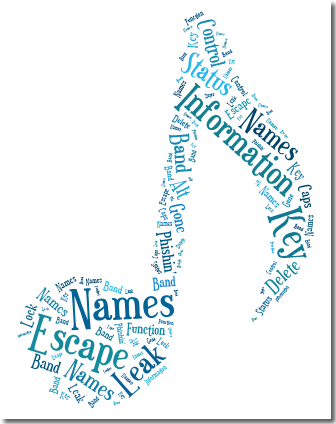 Choosing a unique and interesting name for your rock band isn't always easy.  Take for example the group named The The, who I'd wager are the bane of library catalogers everywhere.  But sometimes band name inspiration can come from a bookshelf...

... so take a look at Mental Floss' 20 Bands Named After Classic Literature and learn the "story" behind the literary origins of The Doors, Modest Mouse, My Chemical Romance, and 17 others.

Image source: me, via the Tagxedo word cloud generator